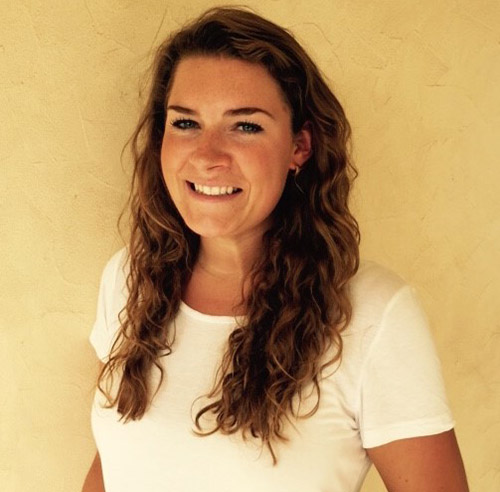 Chances are, you’re reading this article because you’re a female founder, or you know one.

I’m asked about the challenges I face being a female founder in the Middle East weekly, if not daily. The Middle East is championing initiatives for women to push forward as entrepreneurs and leaders, and while I’m proud and flattered to be asked to these, frankly I’ve often felt a bit of a fraud going along to them.

I’m not talking about imposter syndrome (I’ll come back to that in another post). I often read and hear about disastrous experiences of chauvinist behaviour women have had in the workplace, and apparently this exists more in tech and finance than anywhere else. But this has not been my experience. And as the number of women-only networking, competitions and conferences goes up, and I’ve been attending and lucky enough to reap the rewards – I can’t help asking myself  “Why – when I don’t believe working with men to be a problem, am I helping to reinforce the stereotype that women need to remove men from the equation to succeed?”

But for so many women to relish these events – women I know, trust and respect, I started to suspect it was ME thinking differently. If these women felt they needed these opportunities to help drive them forward, why did I feel like it was a club I didn’t really qualify for?

And then the penny dropped. The reason I’ve never felt the need to be part of a women’s club, or excluded from a “boys’ club”, is because I’ve worked for and with terrific men who never, ever made me or any other women feel that way. And if there were any of these “boys club” duds hanging around, I’m guessing they were overshadowed by the three I’m going to describe, as I sure as hell can’t remember it being a problem.

Chris was my first mentor. I met him at work. I’m a big believer that a personal connection to people who mentor you is what makes it work, and we do share a similar (quite silly) sense of humour. This was the first time anyone had guided me on how to approach conversations about money, and rationalising and valuing myself. He was instrumental in helping me secure a new role in a fintech startup our previous company had invested in – a role which was to become a pivotal in my career.  We ended up working together again in Dubai a couple of years later, and remain close friends.

Jason is the only person I have worked for who I believe to have true CEO quality. I was early into the London expansion of a US fintech company he was leading, lucky enough to report directly to him in the launch days. He is a serial fintech entrepreneur, so he’s BEEN THERE. He knows about making payroll. Accordingly he is the person I turn to most frequently now, but not just for the relevant experience. Jason invented radical candour, a phrase recently popularised by Kim Ball Scott. If you haven’t picked up on this latest buzz-phrase, it’s the skill in providing fast, non-emotional honest feedback relating directly to a person’s work. A recent example – related to some slides I’d sent him to review:

“This slide is a jumbled mess. It doesn’t tell me anything. If you are presenting it, maybe it works but if anyone forwards this deck they will have no idea what you are doing.” Honest – but not harsh. The criticism relates directly to the work, and gives a consequence of not changing it. Point taken (and slides altered).

I studied at Exeter University with my NOW Money co founder Ian. He’s been one of my best friends since. Ian is a genius in many ways (I’ve yet to meet someone who can convert from ounces to grams quicker) but he also has a curiously high threshold. Threshold is often used to describe the level athletes can maintain a certain speed at over a race duration, particularly longer distances. I’ll post more on what entrepreneurs and endurance athletes share in common in another post, but it’s safe to say people who push themselves to the limit (and pace themselves at that limit) at sports can often do so at work too.

Ian makes damn sure I operate at my threshold all the time – because he knows me and my limits very well. He is not afraid to push me to deliver more or higher quality, because he is confident in my ability to do so.  In quite the same way, Ian recognises when I am in overdrive and in danger of taking on too much and gently helps me manage that.

Ian is unusual, especially for someone who spent nearly a decade in an investment bank. Who could blame him if he came out of there a misogynist? Astoundingly, he is quite the opposite. Ian is a champion of not only women, but anyone who needs a chance. It was HIS idea to look for return-to-work mums to join NOW Money. He figured they’d be great at managing time, experienced and disciplined: he was correct. It was Ian’s idea to look for interns and Ian’s idea to continue to diversify the business. Just recently, a friend who suffers from a shocking level of dyslexia reminded me that Ian’s help with his university project was what secured him a first-class degree in engineering. Ian seeks out amazing people who need a chance, and he gives them that chance. It’s no surprise he has ended up working in financial inclusion.

What do these three have in common? They continue to educate and guide me, and never once has me “being a woman” or “being held back by being a woman” ever been suggested as something that might count against me.

Again, this draws me back to the “fraud” complex. Why should I be the one attending these events to help women? I hear too much of “workplaces with women are better/more successful/happier” without hearing how workplaces REMOVED BARRIERS to women becoming successful.

Wouldn’t it be helpful to hear from some of the women AND men who helped successful women get to where they are today? I’m fed up of excluding men from the conversation, and what these quiet heroes have to say could be the education the “duds” need to turn their attitude around. Anyone who helps champion an unrepresented group needs to be held as the pinnacle for men AND women to learn from and understand. Next time I’m asked to contribute to a women’s initiative, I’ll be volunteering Ian.