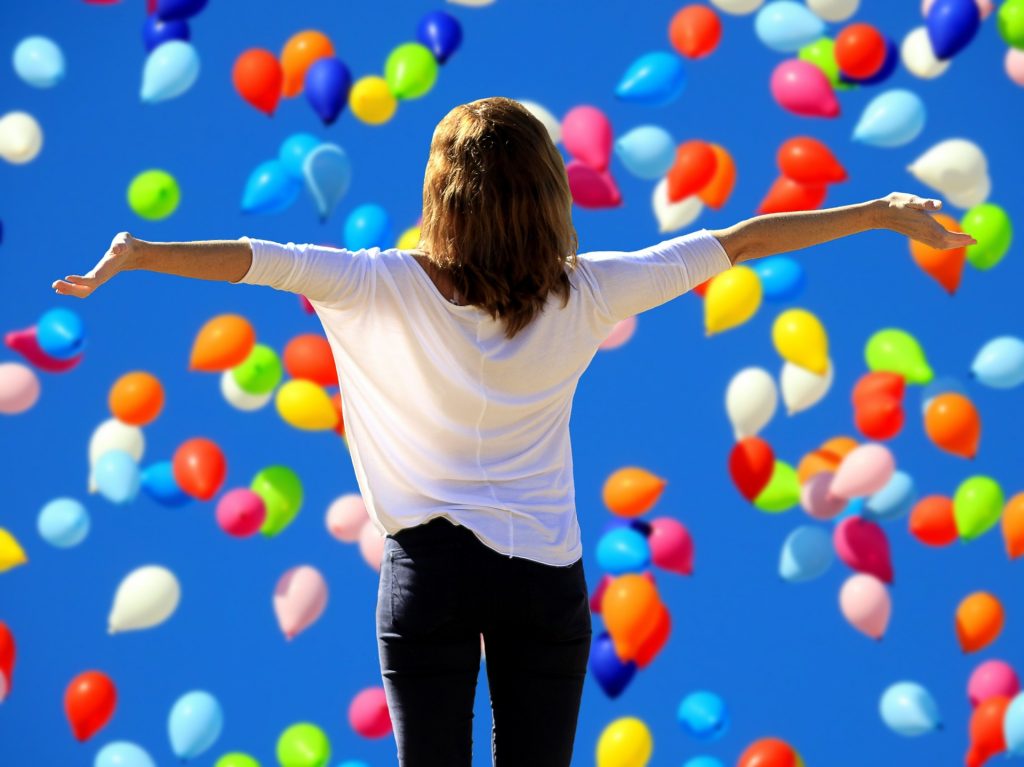 Not long ago I was sat outside having breakfast with my boss and Co-founder of NOW Money, Ian Dillon, following a morning event. When time was called to head back to the office, Ian got out his phone and ordered an Uber. The driver who connected to his request had a one-star rating.

Now, in my mind, Uber has star ratings for a reason. I was thinking, “oh dear, this driver must be pretty awful if he’s only got one star”. To my surprise, Ian’s reaction was totally different.

“One star! That guy must have been SO unlucky. He’s probably new, has been on one trip and someone accidentally rated him one star. I bet there’s absolutely nothing wrong with him,” said Ian.

Whilst I couldn’t help but think it was a strange reaction, I had huge admiration for Ian’s understanding and empathetic approach; looking for the positivity in the situation and not jumping to conclusions.

It got me thinking that his relentless positivity is probably one of the things that makes him a successful entrepreneur and gave him the guts to quit his job and start his own company in the first place.

I thought I’d share with you how I believe positivity, or sometimes lack of it, affects life in a start-up.

To become an entrepreneur, you have the belief your idea will work, so positivity is essential. After all, if you don’t believe in your idea, who will? Investors also often buy into the person, as well as the idea, so if they can see that you’ve got a positive attitude and you’re passionate about your product, they’re far more likely to invest.

As I’ve discovered, an optimistic approach is essential in a start-up, whether you’re the one being optimistic, or you’re trying to instil optimism in your colleagues. After all, positivity is contagious!

My experience of this is when I first joined NOW and we needed a new design for the background of the app, and we needed it fast. I was tasked with overseeing this project, even though I was new and had no experience in app design.  Ian and Katharine’s faith in me helped me to have the courage and faith in myself to complete the task under the time constraints.

Knowing that I was in charge of what our service looked like to the end user was incredibly empowering for me as an employee. Regardless of this, however, I also knew that whilst I was in charge, if anything had gone wrong, we would have worked together to find a solution. A “nothing is impossible” attitude is essential in a start-up; you have to be solutions hungry.

When negative can be positive

I don’t mean the kind of negative attitude which deems a task impossible, or shuts down ideas before they’re given a chance. But perhaps a pessimistic attitude, which looks out for potential issues that could arise during a task.

I do think it’s important to include a mix of personalities in the workplace. I’m guilty of being far too positive and getting excited by new projects and seeing everything through rose tinted spectacles. So, I actually work well with people who have a slightly less rosy outlook, as it keeps me reigned in and helps me acknowledge potential problems which need to be accounted for.

We have all experienced that niggle of self-doubt that usually stems from fear. Whilst fear often has negative connotations, it’s actually not always bad. Think about it – it’s fear that protects us from eating poisonous plants, or falling prey to wild animals.

For an entrepreneur, the most productive fear is fear of failure. It can help stop irrational decisions being made, or highlight opportunities which aren’t necessarily right for the business. It’s also the fear of letting others down (especially the shareholders).

So really, fear should be embraced and used as a guidance that can be used in conjunction with optimism. It’s the balance that gets you to that happy, productive medium.

Can you be over-optimistic?

Is there such a thing as over optimism? I guess Ian could have taken a more balanced approach and maybe questioned the driver’s rating. However, his faith was well founded in this situation. We made it back to the office in one piece in good time, so in this case, giving the driver the benefit of the doubt worked in our favour. Living in the Middle East you experience a lot of negativity toward the services industries, so it was refreshing to see Ian’s positive and patient attitude.

Maybe we should all take a leaf out of Ian’s book and throw some more faith in humanity? Come on, what’s the worst that can happen?