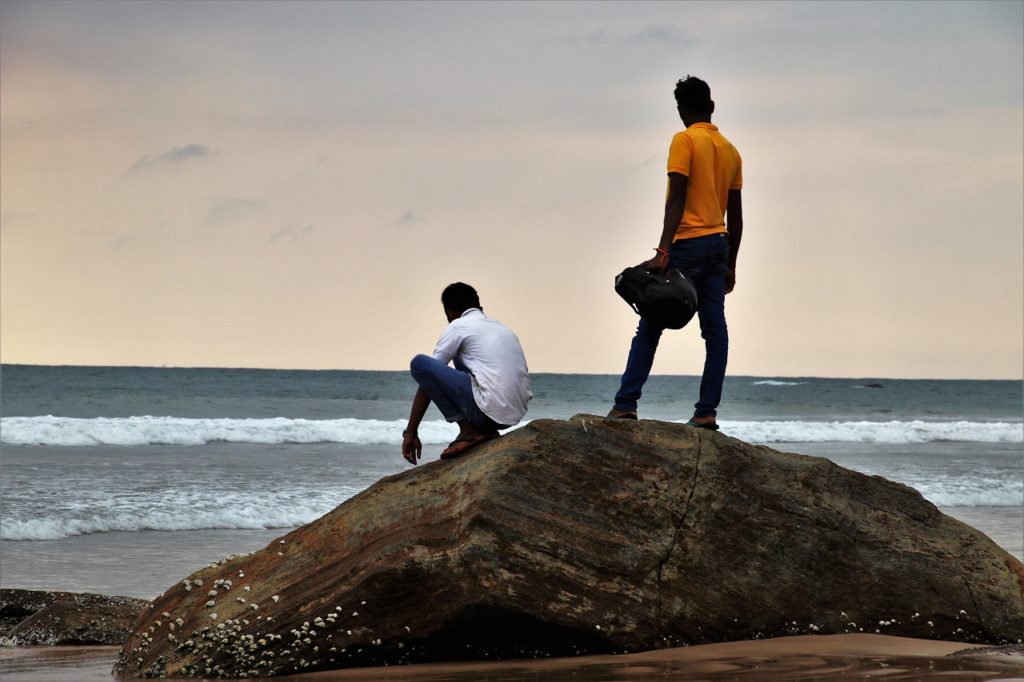 Meet Naveen and Rohan, two childhood friends who rolled the dice. At first glance, they seem like any other blue collar expats, working hard to support family back at home. However, Dubai wasn’t their first port of call when looking for employment outside their home country.

After spending most of his young life in India, Naveen moved to Singapore to finish his degree. Rohan followed suit by travelling to New Zealand for his education. They smile as they recall their experiences as first time expats in these developed, westernised countries. Studying and being away from family for the first time feels a lifetime away from their current position. They now work 12 hours a day and 6 days a week as security guards at a compound.

Whilst there is little time for fun in their current daily routine of work and sleep, both men draw strength from their families back home. They speak to them daily and remind themselves why they are doing the jobs they do.

After being denied a work visa in New Zealand, Rohan needed to find another job. He still had to support his parents but after enjoying the way of life in New Zealand, moving back to India was not an option. “Even though financially things have gotten better, life is too sad back home. All my friends want to leave;” and one of them had his eyes on Dubai. A recommendation from this trusted contact was all it took for Rohan to end his search. He knew little about the city and didn’t care. All he needed was a job and a work visa, something New Zealand refused to offer.

I find out that at the same time Rohan’s life was being uprooted, Naveen decided to spend all his savings on his sister’s wedding. He struggles to contain his joy when he tells me this, so the look of embarrassment that follows is puzzling. His family is his priority but his act of selflessness, though commendable, proved short sighted. Naveen’s father became ill. The expenses of his heart medication began to snowball. The cost of living in Singapore started to skyrocket. Naveen needed more money. And quickly. In desperation he turned to Rohan who offered him a ray of hope in the form of Dubai. Without hesitating, he spent his remaining 14,000 rupees on a one-way trip.

The difference between these two and other migrants is their perspectives. They had lived in first world countries, been educated at degree level and knew their worth. Sadly, great expectations often end in disappointment. At first glance, this is just another example. Both men are tired, frustrated and worst of all, underpaid. Despite moving across the world their salaries have barely improved. Their families are still struggling.

However, what happens next is unexpected. Rohan tells me that this is all going to change. He explains that they are pursuing new jobs. Rohan has previous management experience and is looking for a managerial role at a hotel, whilst Naveen is pursuing more lucrative security role. They make a point of referring to their future as “bright”, a complete contrast to the dim room we are currently in.  Nevertheless, they remain resolute.  Neither of them has given up on reclaiming the lives they used to lead.

They admit it will not be easy. Meaningful opportunities are scarce, they have little time or energy to pursue them and their Indian passports have proven to be a stumbling block. The odds are stacked against them. However, bad odds didn’t deter them in the past. They are willing to bet on themselves yet again and I hope their luck will change. After all, this is Dubai, the city where dreams are made.