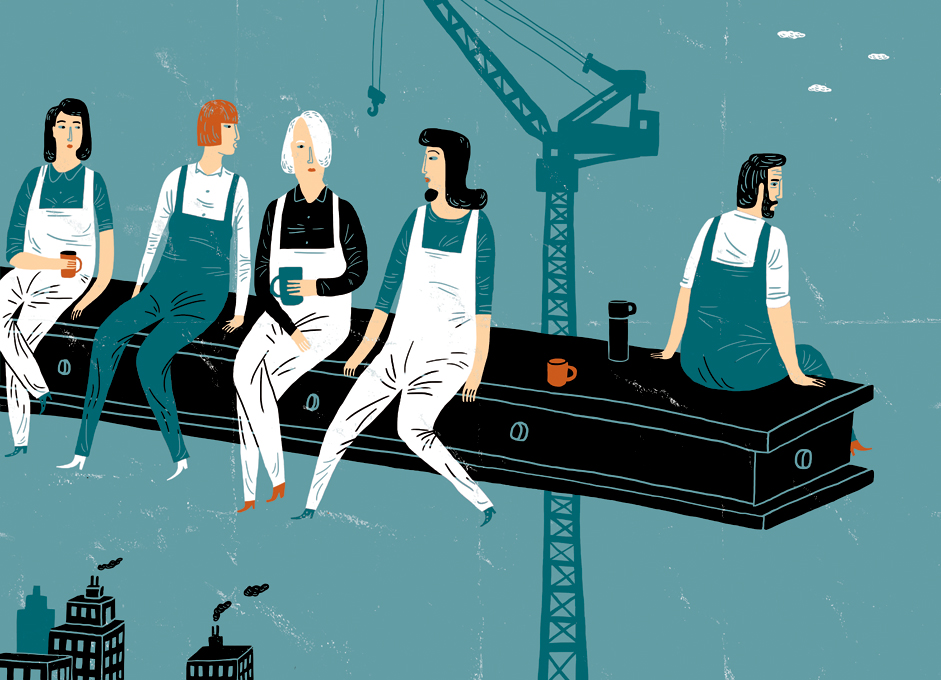 “You know the only reason you’re on this course is because you’re a girl, right?”

That was the first thing one of the (many) male students on my Electrical & Electronic Engineering course told me after one of our first lectures. Although his conversation-opening skills left much to be desired [enter joke about engineering chat up lines here], I wasn’t really surprised by what he’d said. Being completely honest, the thought had crossed my own mind before.

But why would that be? I’d gone through exactly the same application process as every other student on my course, slaved over the dreaded personal statement, worked hard at school and achieved the grades I’d needed to. So why did I feel, even for one second, that I wasn’t as deserving of a place at university as my male counterparts?

A few years beforehand in 2003, several UK universities, including the University of Bristol, had become embroiled in a row over alleged discriminatory admissions practices. Although the debate was not restricted to discrimination based on gender, the idea that higher education institutions were supposedly selecting candidates based on anything other than academic merit worried me.

As a female applying for engineering, I knew that I was in the minority. Engineering was, and still is, a male-dominated industry. This is changing, slowly, perhaps in part thanks to public campaigns specifically encouraging girls to consider the subject. For me, however, the scale and exclusivity of these campaigns and initiatives actually ended up having more of a negative effect on my decision-making. I didn’t want special treatment, just because I was a girl looking to study engineering. I didn’t want to feel as though I had been given a free pass, just to bump up the female to male ratio. I didn’t want to feel that I had an unfair advantage. But that’s exactly how I did end up feeling.

Fast-forward to that first lecture, and I’d had my thoughts verbalised by a male student. Don’t worry, I didn’t agree with him (and I didn’t let him off easily either), but can you blame him for bringing it up? It got me thinking: is positive discrimination the right way to bring diversity and equality into the workplace for women?

Before we get any further, let’s clear a few things up. Technically speaking, positive discrimination, where an individual from a disadvantaged or under-represented group is given preferential treatment in the recruitment process, regardless of their aptitude to do the job, is illegal in the UK. Positive action (or affirmative action in the US), however, as described in the UK’s Equality Act 2010, says that “employers can, in some situations, take steps to help certain disadvantaged groups access employment or training”.

No, I can’t really tell the difference either.

The key point to note here is that employers can choose to hire candidates from said disadvantaged groups, provided that they are as qualified for the role as other applicants. Sounds simple on paper, but in reality, no situation is as clear cut as that, so how is it possible to determine whether you are practicing positive action or positive discrimination?

Positive discrimination, or action, or whatever else you decide to call it, is fundamentally flawed. At the end of the day, it still relies on discriminating against one group to include another. How can you expect to resolve an issue with the same act that created the issue in the first place? Not only does it actively encourage the sort of behaviour that you are trying to eradicate, but it also feeds resentment towards the very groups that you are trying to include.  This inevitably leads to a further, if not deepened, sense of division. It’s a vicious circle that will always bring us back to where we started, because positive discrimination only acknowledges the issue (inequality), and fails to address the cause.

For employers, it opens a can of worms in hiring the right person for the job, because it becomes impossible to determine who is even allowed to be the right person for the job. For women, it taints the sense of achievement or merit for getting the job itself. There is a danger that it will develop a common mentality that academic merit will only get you part of the way; the rest is up to whether you fulfil an advisable, if not official, quota. It clouds and confuses the bounds of unbiased thinking, because you are always second-guessing whether the right decision is the acceptable one.

But what about the disproportionate ratio of women to men in corporate boards, I hear you cry? Surely the fact that women only hold 12 percent of seats on boards worldwide, with only 4 percent chairing them is enough to slap positive action targets on all corporates, with immediate effect?

Once again, I’m afraid I’m going to have to disagree. Granted, there are fewer females leading in corporate companies across the globe, and while I do feel that more gender-balanced executive boards are a good thing, putting pressure on Fortune 500 companies (and others) to simply hire or accelerate more women into these positions isn’t right. Why? As I mentioned before, we won’t be addressing the real cause of this biased ratio. What’s the cause? Maybe it’s simply that there aren’t enough women to select from to fill these positions.

Hear me out – even thirty years ago, you’d struggle to find many females in corporate managerial positions, let alone on boards. That’s because women were still breaking the mould, just starting to work full time, alongside men. Men, on the other hand, had been working in these companies and roles for decades; it was what they did, it was what they knew. It has taken a while for it to become the accepted norm for women to pursue the same careers as men, and for the jobs that belonged to men historically to be shared by women. I honestly believe that what we really need is to have a little patience (apologies in advance for getting Take That stuck in your head).

Time has already seen women starting to enter and succeed in new careers, and time will continue to equip women with the same experience levels as men. Then, in theory, there will be an equal pool of men and women to choose from to fill these senior board roles. All this, achieved without positive discrimination or action, just hard work and merit.

Positive discrimination for women at the expense of men will not achieve equality, it will divide us further, both now and in the long run. It doesn’t promote equality; in fact, it promotes the exact opposite. As a woman, I want to be treated equally, of course, but I don’t want to be treated separately; there is a difference. Equality is about equal opportunities, not equal results. I know that having patience and accepting that we need more time for women to filter through to corporate management is not easy to practice or preach. But, as the late Suzanna Bianchi, a renowned sociologist, once said, “What happened on the road to gender equality? A lot of work happened.”