By Simona Stankovska, freelance journalist previously of the Financial Times

We know that change can be good for us, such as losing weight, getting a promotion at work, or finding our perfect relationship, however, we all still fear it. After all, as the saying goes, if it isn’t broken, then why fix it? But, if I told you that in 10 years’ time your life would be exactly the same, can you honestly say you’d be happy?

Now, transfer that thought to your bank. Most of us have been banking with the same bank for many years. No matter how many overdraft fees we pay, or the hours that we spend on the phone waiting to speak to a customer services representative, we remain loyal. But, was is it that’s keeping us so attached; could it be fear of change that’s stopping us from getting the service that we need, want and deserve?

But, as former President of the United State of America, Barrack Obama, put it nicely in his speech in Chicago in 2008: “Change will not come if we wait for some other person or some other time.”

So, what are we waiting for?

It seems that the Financial Technology (Fintech) industry has listened. Technology, and thus banking is evolving. According to nordicstartupbits.com, in 2016 there were more than 1,362 Fintech companies in 54 countries around the world with the USA, India, UK & Ireland, Israel, and Germany having the most Fintech start-ups, with more than $25.8 billion invested in these “challengers”.

And, it looks like this phenomenal growth is sustainable. The Fintech industry is expected to grow exponentially in the next decade; changing the world of financial services entirely.

Experts have even gone as far to predict that Fintech will slowly edge out traditional financial institutions, such as banks and building societies, as a result of their wide range of attractive, easily accessible and revolutionary products. Fintech is also leading the way for financial inclusion, news that will be welcomed by the world’s large unbanked population, who do not, or cannot have access to a bank account.

According to a survey in 2016 from The British Bankers’ Association (BBA) and Ernst and Young, the use of bank branches fell by 6 per cent in 2015, as more customers turned to phone and internet banking services.

This is where, veteran banker, Chairman and CEO of Customers Bancorp and Customers Bank, Jay Sidhu says, banks need to disrupt themselves or someone else will. He adds: “Your biggest problem is your biggest solution.”

This points to a new wave of digital technology that traditional banks need to adopt in order to keep up. HSBC have recently introduced voice activated security, where your voice is your password when phoning through to speak to a customer services agent. Santander are looking to go one step further with the “voice banking”, where customers will be able to make payments and transfer money using their voice.

Mr Sidhu, who created mobile offering Bank Mobile – a US challenger bank, says that the days of 20 years of banking experience are gone, it’s now about the 20-somethings. He believes all companies need to listen to young entrepreneurs and adopt a mobile-first strategy, he told RFi Group’s Global Digital Banking Conference attendees.

Never-the-less, speakers at The Economist’s annual Finance Disrupted conference, in London, are still sceptical about this new trend, and believe that there is still a purpose for traditional banking.

Stephane Dubois, Founder and CEO, Xignite, said that if each of the large challenger banks in the UK were to meet their targets, they would be bigger than the three largest banks in the UK, which he just doesn’t think is going to happen. He said that no matter how much consumers moan about their bank, they are still unlikely to change banks. Plus, traditional banks, in spite of their problems, still embody safety and security.

Mr Dubois, and the rest of the panel, which was made up of Claire Calmejane, director of innovation at Lloyds Banking Group; Rich Wagner, CEO at Advanced Payment Solutions; and Mark Cliffe, chief economist at ING Group, agreed that there’s room for compromise, and that banks can learn from the challengers, and challengers can learn from the banks.

Ms Calmejane said that her team at Lloyds are looking at possible opportunities for collaboration.

Could this mean that we see the larger banks buying smaller, independent, digital-only banks in order to adopt their technology?

Who knows. It does seem, however, that millennials are opting for digital solutions. So, maybe change is good? Go on, give it a try; what’s the worst that can happen? 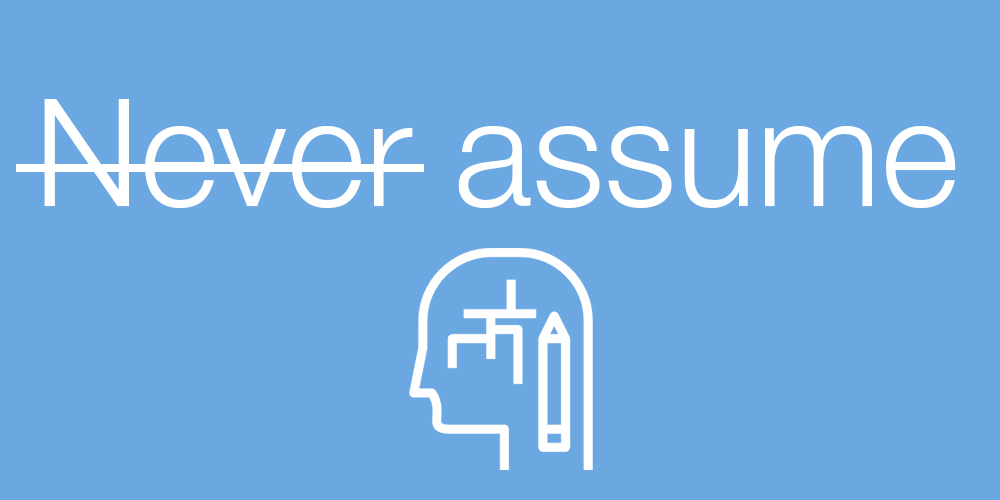 In my previous post in this series I briefly described what constitutes a financial model and started to build an example of one by creating a budget and working on future cost projections. In order to do this properly I started accumulating assumptions. In this post I will delve further into what assumptions are.

In my opinion, a good financial model is built bottom-up, with assumptions accumulated on a separate sheet, which you can then transfer into the spreadsheet that lists your revenues and costs. The assumptions sheet is probably the only sheet in the model where the numbers are hard-coded and used throughout the model through links, meaning that if you need to change them, the formula will automatically update the rest of the figures. This makes the model live – by changing assumptions we can analyse how they impact the company’s cash flows, profits and other operating metrics.

When coming up with your assumptions, I would advise that you make them realistic. This is so that someone with no knowledge of your business was to review the model, they should not need to refer to anything other than the assumptions list; it should all make sense (unless there is industry specific data). This leads us onto the next step –  where to gather your assumptions from.

Every assumption should come from a certain source (guessing is not good enough). Ideally, on the assumptions tab you will have a column entitled “Source”.

Below, I have listed an example of the sources that we used for the assumptions in the financial model for NOW Money. As you may already know from our website, NOW uses mobile technology to provide accounts, financial inclusion and a range of low-cost remittance options to low-income migrant workers in the UAE, providing them with direct access to a current account, debit card and remittance directly from our proprietary smartphone app.

Based on the statement above, in order to derive realistic figures of projected revenues, we, at NOW had to define our target market and its size. Therefore, our list of sources for the revenues is based around the answers to these questions:

Again, based on the description of the services that NOW provides, the IT costs are crucial, followed by regulatory fees. We are in the process of setting up our business which means high regulatory, licensing and legal fees, as well as other administrative expenses.

In our case we decided the driver to be our customer numbers, which we used to derive a ratio to obtain the projected costs based on the driver.

Remember that when you use your assumptions, do use them through links. Another useful thing to do is to assign the most used ones with a name through the Define Name function in Excel, which makes the use of the model much more easier.

At the end of this exercise, you will have a list of assumptions that you will use (as the ultimate goal) to derive projected profit figures.

You may be wondering why we haven’t covered working capital. This is because I will look at this in my next post, so that we can draft projected balance sheets, cash flows and income statements.